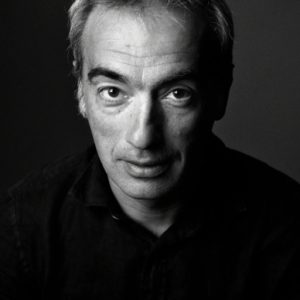 He obtained his PhD in Limoges in 1997, under the direction of Pr. P. Krausz, about the synthesis and characterization of new glycosylated amino acid porphyrins derivatives for cancer photodynamic therapy. He was recruited as a lecturer in September 1998 and joined the Laboratory of Chemical Natural substances –LCSN EA 1069 (University of Limoges). In 2009-2010, he joined the Pr Grahame MacKenzie to the University of Hull- (UK) to develop functionalization and characterization of a new biomaterial: the sporoporellin exine shells derived from plant spores. In September 2011, he became Professor and took the lead of LCSN and in January 2018, the direction of a new laboratory  : the PEIRENE  EA 7500 laboratory.

His research interests focus on the synthesis and design of new photosensitisers for anticancer and antimicrobial phototherapy. This topic can be divided in two themes: